[Eminem]
I get lifted and spit until I'm half-twisted
Feet planted and stand with a grin full of chapped lipstick {*SMACK*}
Pen full of ink, think sinful and rap sick shit
Shrink pencil me in for my last visit
Drink gin til my chin's full of splashed whiskers {*whoosh*}
Hash whiskey and ash til I slap bitches {*smack*}
Ask Bizzy, he's been here the past six years
Mash with me you'll get in imagine this

[Eminem]
That's why the city is filled with a bunch of fuc*** idiots still (still)
That's why the first motherfuc*** poppin some shit he gets killed (killed)
That's why we don't call it Detroit, we call it Amityville ('Ville)
You can get capped after just havin a cavity filled (filled)
Ahahahaha, that's why we're crowned the murder capital still (still)
This ain't Detroit, this is motherfuc*** Hamburger Hill! (Hill!)
We don't do drivebys, we park in front of houses and shoot
and when the police come we fuc*** shoot it out with them too!
That's the mentality here (here) that's the reality here (here)
Did I just hear somebody say they wanna challenge me here?? (huh?)
While I'm holdin a pistol with this many calibres here?? (here??)
Got some registration and just made this shit valid this year? (year?)
Cause once I snap I can't be held accountable for my acts
and that's when accidents happen,
when a thousand bullets come at your house
and collapse the foundation around and they found you
and your family in it (AHHHHH!) GOT DAMNIT ADMIT IT WHEN HE TELLS YOU

Hot In Herre I was like, good gracious ass is bodacious Flirtacious, tryin to show faces Lookin' for the right time to shoot my Steam Lo... 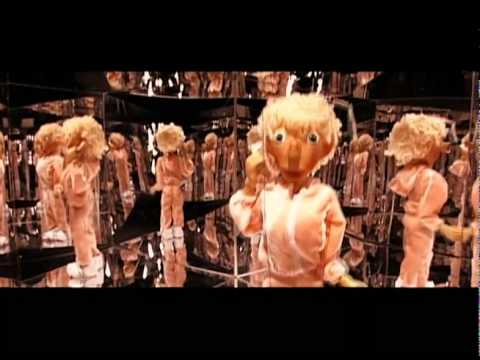